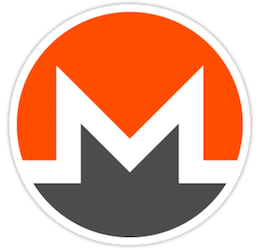 Monero is a digital currency designed to be used as a completely anonymous payment system.

A common misconception with Bitcoin is that it is completely anonymous. In reality, all payments processed on the Bitcoin network are recorded on a public ledger (blockchain), so Bitcoin is actually only partially anonymous or “pseudonymous.”

This means that you can, in theory, trace back every transaction a coin has been involved with from its creation. Though users aren’t able to inherently link the public key on the blockchain with the private keys used to store the coins themselves, there will always exist a correlation between the two.

Monero has solved this problem by implementing cryptonic hashing of receiving addresses, therefore separating the coin from the address it is going to. This can be hugely valuable for anyone wishing to conceal their purchases.

The Monero development team consists of 7 core developers, only two of which are publicly known. There have been over 200 additional contributors to the project and software updates are implemented every six months or so.

To learn more about Monero including its competitors and challenges, read “What is Monero.” If you’re thinking about investing in Monero, check out our opinion piece “Should You Invest In Monero?“.