by Virtual Cash Money
Mo' Money
No Benjamins
Bitcoin uses peer-to-peer technology to operate with no central authority or banks; managing transactions and the issuing of bitcoins is carried out collectively by the network. Bitcoin is open-source; its design is public, nobody owns or controls Bitcoin and everyone can take part. Through many of its unique properties, Bitcoin allows exciting uses that could not be covered by any previous payment system. 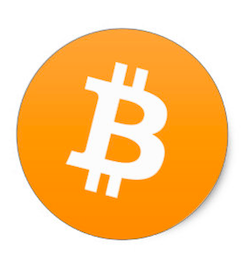 The king of the crypto world, Bitcoin is now a household name; to many, it is synonymous with “cryptocurrency.” Its purpose is to provide a peer-to-peer electronic version of cash to allow payments to be sent online without the need for a third party (such as Mastercard).

The rapid rise in Bitcoin’s price has brought about an explosion of new Bitcoin investors. With the huge increase in interest has come a rise in merchants accepting Bitcoin as a legitimate form of payment. Bitcoin is fast moving towards its goal of becoming a currency accepted worldwide.

Bitcoin’s development is led by Bitcoin Core developer Wladimir J. van der Laan, who took over the role on April 8, 2014. Bitcoin’s changes are decided democratically by the community.

For an in-depth look at Bitcoin, including an explanation of Bitcoin mining, Bitcoin’s history, an analysis of Bitcoins’ value and a description on how bitcoin actually works, see our comprehensive guide “What is Bitcoin? Everything You Need to Know About Bitcoin, Explained.”

For a more detailed description of Bitcoin’s economics, what makes money and how Bitcoin works in the economy as a whole see: “Bitcoin Explained” and “Bitcoin is a Deflationary Currency.”