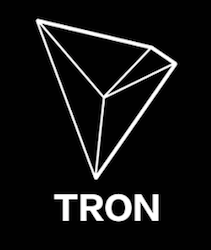 As stated in TRON’s whitepaper, “TRON is an attempt to heal the internet.” The TRON founders believe that the internet has deviated from its original intention of allowing people to freely create content and post as they please; instead, the internet has been taken over by huge corporations like Amazon, Google, Alibaba and others.

TRON is attempting to take the internet back from these companies by constructing a free content entertainment system. This will enable users to freely store, publish and own data, giving them the power to decide where and how to share.

The project is led by founder Justin Sun, who has been listed on the Forbes 30 under 30 list twice (in 2015 and 2017). In addition, Sun is a protégé of Jack Ma, founder of Alibaba Group, China’s former Ripple representative and the founder of Peiwo APP.

Sun has assembled a strong team with heavy hitters including Binshen Tang (founder of Clash of King), Wei Dai (founder of ofo, the biggest shared bicycles provider in China), and Chaoyong Wang (founder of ChinaEquity Group). Sun has also secured the support of a few notable angel investors such as Xue Manzi.

For up-to-date information on Tron and further discussion of the technology and team, see “What is Tron” and their website.